In the bustling metropolis, a red robot appeared from the sky. It emits powerful interference radio waves that make citizens lose their minds and turn into monsters. Dr. Bald has discovered a way to stop the crisis. As long as he controls the satellites in the sky to fire laser cannons at the robot, it can be eliminated. You are transformed into the guardian hero of the city, protecting the doctor until he successfully enters the command to destroy the robot. 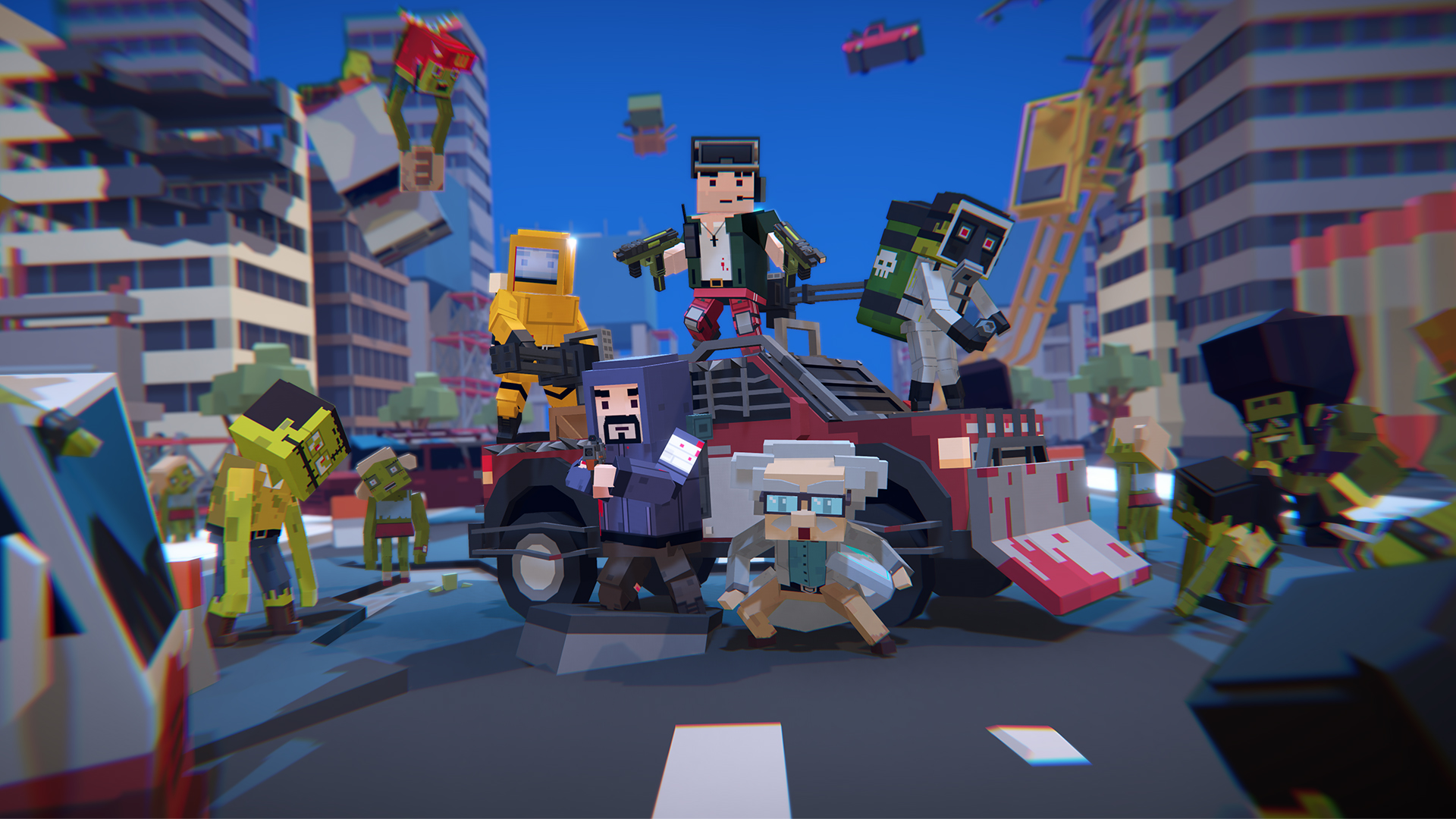